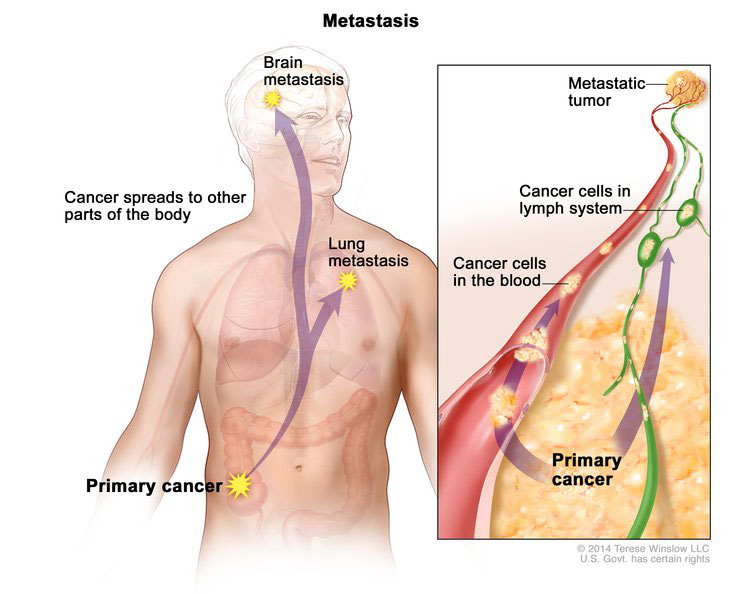 n.1570s, originally in rhetoric, from Late Latin metastasis “transition,” from Greek metastasis “a removing, removal; migration; a changing; change, revolution,” from methistanai “to remove, change,” from meta- “over, across” (see meta-) + histanai “to place, cause to stand,” from PIE root *sta- “to stand” (see stet). A rhetorical term in Late Latin for “a sudden transition in subjects,” medical use for “shift of disease from one part of the body to another” dates from 1660s in English. Related: Metastatic. n. pl. me•tas•ta•ses (-sēz′)