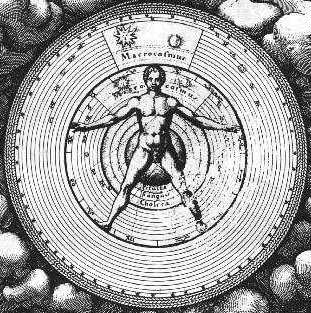 n.c.1200, mycrocossmos (modern form from early 15c.), “human nature, man viewed as the epitome of creation,” literally “miniature world,” from Middle French microcosme and in earliest use directly from Medieval Latin microcosmus, from Greek mikros “small” (see mica) + kosmos “world” (see cosmos). General sense of “a community constituting a world unto itself” is attested from 1560s. Related: Microcosmic. A native expression in the same sense was petty world (c.1600). A representation of something on a much smaller scale. Microcosm means “small world,” and in the thought of the Renaissance, it was applied specifically to human beings, who were considered to be small-scale models of the universe, with all its variety and contradiction. (Compare macrocosm.)