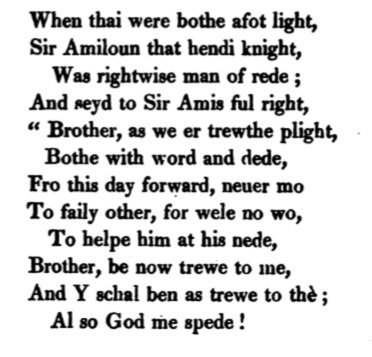 The English language from about 1150 to about 1500. During this time, following the Norman Conquest of England, the native language of England — Old English — borrowed great numbers of words from the Norman French of the conquerors. Middle English eventually developed into modern English.