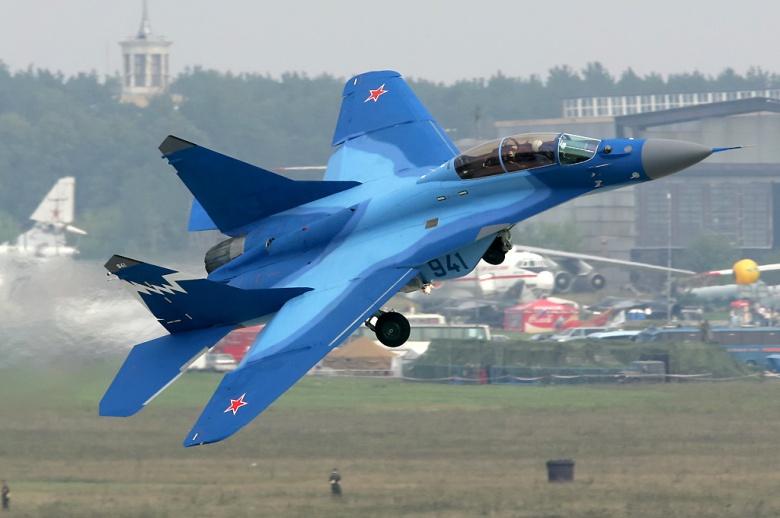 in name of various Russian fighter planes, so called in honor of aircraft designers Mikoyan and (Russian i) Gurevitch.