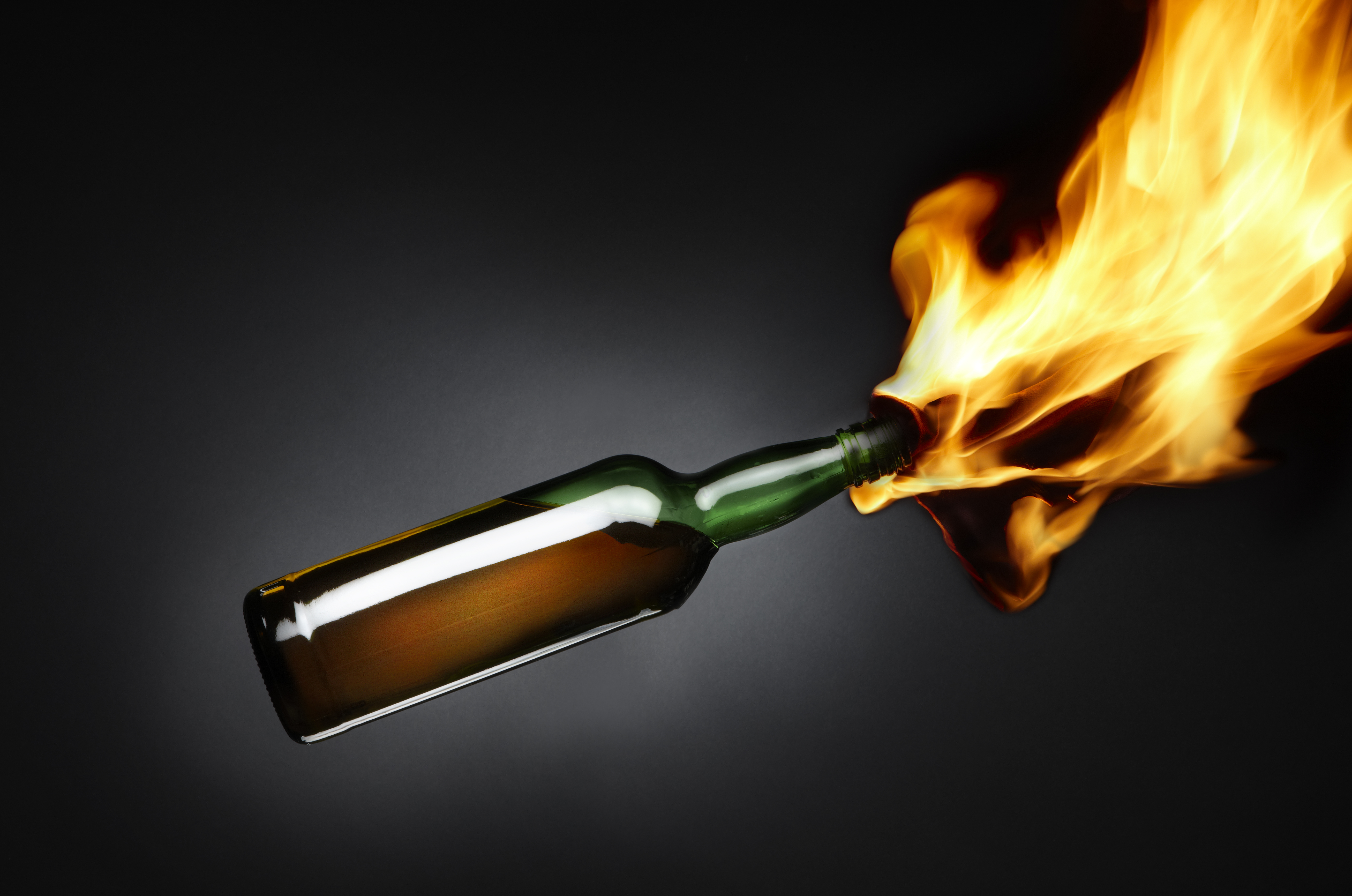 n.1940, a term from Russo-Finnish War (used and satirically named by the Finns), from Molotov (from Russian molot “hammer”) name taken by Vyacheslav Mikhailovich Skriabin (1890-1986), Soviet minister of foreign affairs 1939-1949. An incendiary bomb made from a breakable container, such as a bottle, filled with flammable liquid and provided with a rag wick. Used by the Soviets against the invading German armies in World War II, these bombs were nicknamed after V. M. Molotov, a foreign minister of the Soviet Union at that time.