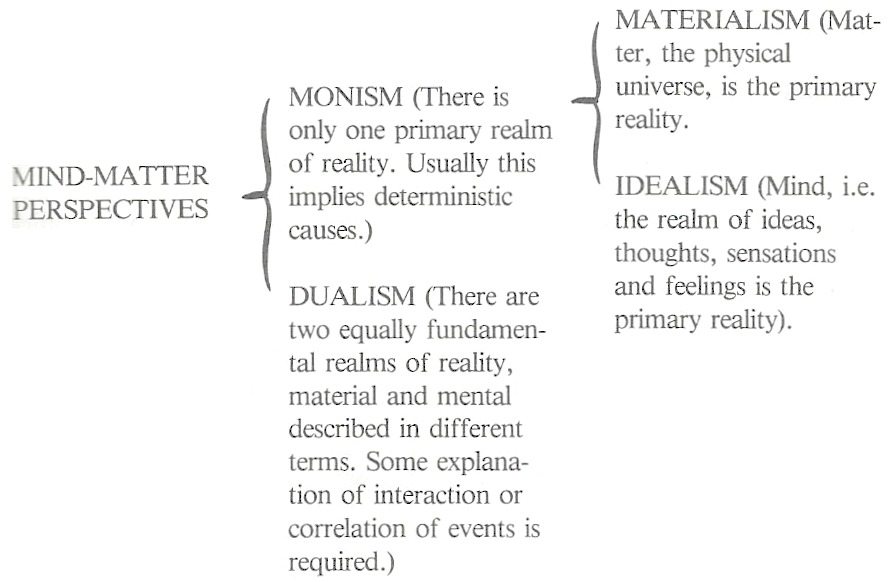 n.“the philosophical doctrine that there is only one principle,” 1862, from Modern Latin monismus, from Greek monos “alone” (see mono-). First used in German by German philosopher Baron Christian von Wolff (1679-1754). A position in metaphysics that sees only one kind of principle whereas dualism sees two. On the question of whether people’s minds are distinct from their bodies, for example, a monist would hold either that mental conditions are essentially physical conditions (materialism), or that bodies depend on minds for their existence (idealism).