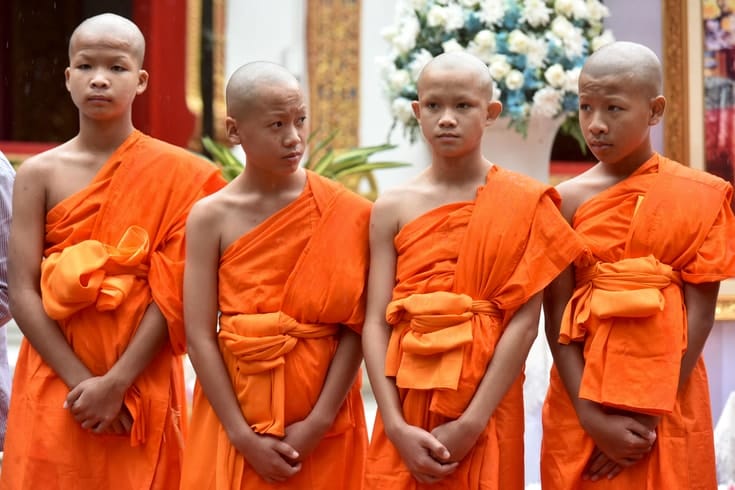 n.Old English munuc “monk” (used also of women), from Proto-Germanic *muniko- (cf. Old Frisian munek, Middle Dutch monic, Old High German munih, Ger. Mönch), an early borrowing from Vulgar Latin *monicus (source of French moine, Spanish monje, Italian monaco), from Late Latin monachus “monk,” originally “religious hermit,” from Ecclesiastical Greek monakhos “monk,” noun use of a classical Greek adjective meaning “solitary,” from monos “alone” (see mono-). For substitution of -o- for -u-, see come. In England, before the Reformation, the term was not applied to the members of the mendicant orders, who were always called friars. From the 16th c. to the 19th c., however, it was usual to speak of the friars as a class of monks. In recent times the distinction between the terms has been carefully observed by well-informed writers. In French and Ger. the equivalent of monk is applied equally to ‘monks’ and ‘friars.’ [OED] Men under religious vows who live in a community and whose work is usually centered on their community, which is called a monastery. Buddhism and Christianity have notable groups of monks. In Christianity, the monks are members of religious orders.