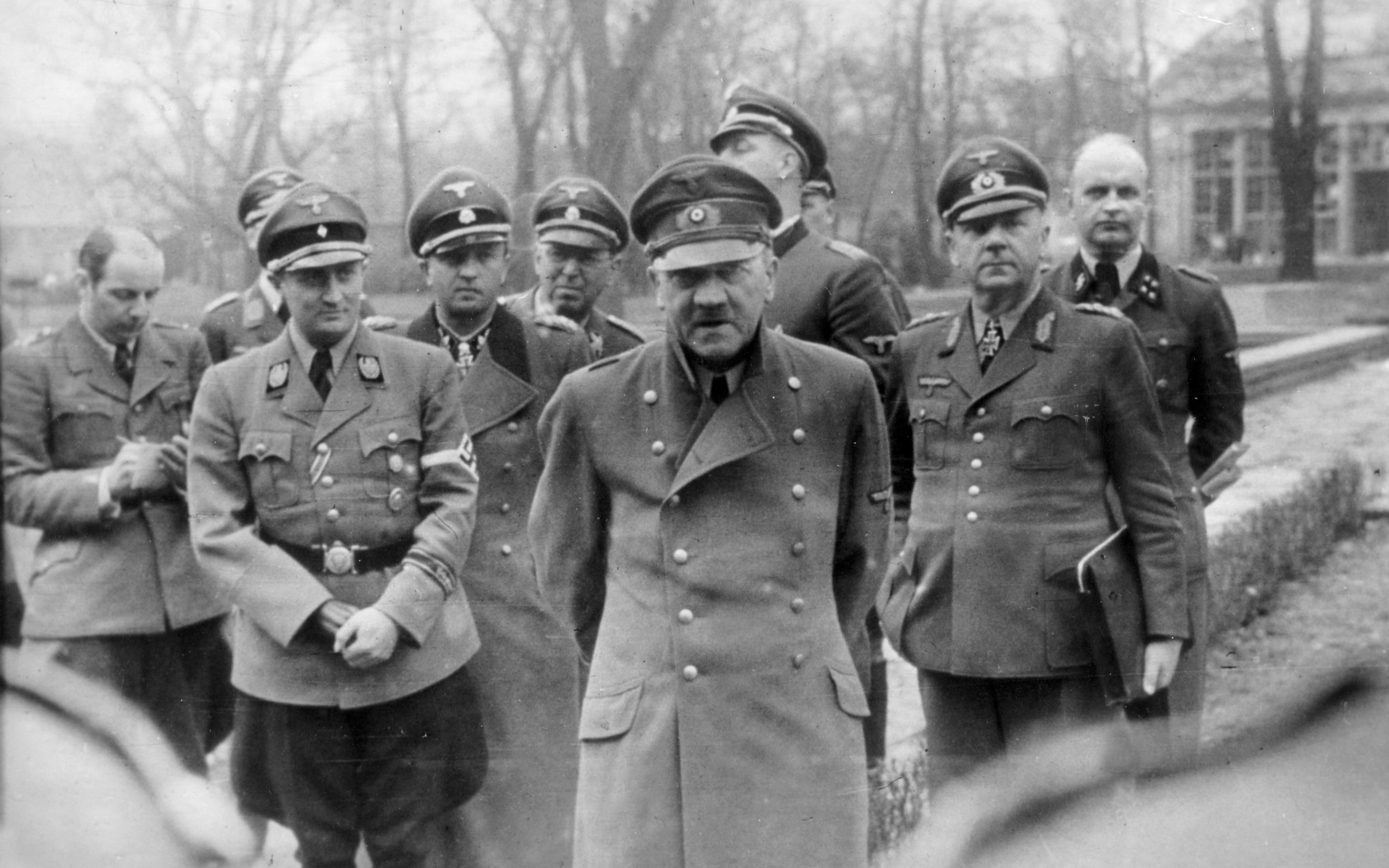 1930, noun and adjective, from German Nazi, abbreviation of German pronunciation of Nationalsozialist (based on earlier German sozi, popular abbreviation of “socialist”), from Nationalsozialistische Deutsche Arbeiterpartei “National Socialist German Workers’ Party,” led by Hitler from 1920. The 24th edition of Etymologisches Wörterbuch der deutschen Sprache (2002) says the word Nazi was favored in southern Germany (supposedly from c.1924) among opponents of National Socialism because the nickname Nazi, Naczi (from the masc. proper name Ignatz, German form of Ignatius) was used colloquially to mean “a foolish person, clumsy or awkward person.” Ignatz was a popular name in Catholic Austria, and according to one source in World War I Nazi was a generic name in the German Empire for the soldiers of Austria-Hungary. An older use of Nazi for national-sozial is attested in German from 1903, but EWdS does not think it contributed to the word as applied to Hitler and his followers. The NSDAP for a time attempted to adopt the Nazi designation as what the Germans call a “despite-word,” but they gave this up, and the NSDAP is said to have generally avoided the term. Before 1930, party members had been called in English National Socialists, which dates from 1923. The use of Nazi Germany, Nazi regime, etc., was popularized by German exiles abroad. From them, it spread into other languages, and eventually was brought back to Germany, after the war. In the USSR, the terms national socialist and Nazi were said to have been forbidden after 1932, presumably to avoid any taint to the good word socialist. Soviet literature refers to fascists. A German political party of the twentieth century, led by Adolf Hitler. The Nazis controlled Germany from the early 1930s until the end of World War II. The party’s full name in English is National Socialist German Workers’ party; Nazi is short for its German name. Despite the word socialist in its name, it was a fascist party, requiring from its members supreme devotion to the German government — the Third Reich (see fascism and socialism). The Nazis rose to power by promising the people that Germany, which had been humiliated after World War I, would become powerful again. The Nazis opposed communism and free intellectual inquiry. Desiring to form a master race that would rule the world, they fought the influence in Germany of peoples not of “pure” descent. Their power was particularly directed at controlling Jews (see also Jews) in Germany and in the countries that Germany conquered in war. After depriving Jews (see also Jews) of their property and confining them in concentration camps, the Nazis employed the Final Solution of killing them in large numbers; an estimated six million Jews lost their lives (see Holocaust). Also marked for extermination were the mentally and physically handicapped and “enemies of the Reich” such as Slavs, communists, Gypsies, homosexuals, Christians (see also Christian) who resisted the government, and defenders of intellectual freedom. The Nazis fought World War II to spread their principles worldwide but were defeated. Twenty-two of their leaders were convicted of war crimes at the Nuremberg trials. A great number of symbols (see also symbol), images, and names are associated with the reign of the Nazis, including the swastika emblem; the stiff-armed salute; the greeting “heil Hitler”; the goose-step march; mass political rallies; concentration camps, such as Auschwitz and Dachau; and Hitler’s aides Adolf Eichmann, Joseph Goebbels, Hermann Goering, and Heinrich Himmler.