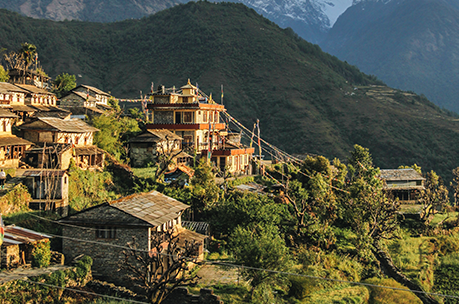 from Sanskrit Nepala, said to be from nipat “to fly down” (from ni “down” + pat “to fly”) + alaya “abode, house.” If this is right, the reference would be to villages in mountain vales. Related: Nepalese. Kingdom in central Asia, bordered by China to the north, and India to the east, south, and west; located high in the Himalayas. The capital and largest city is Katmandu.