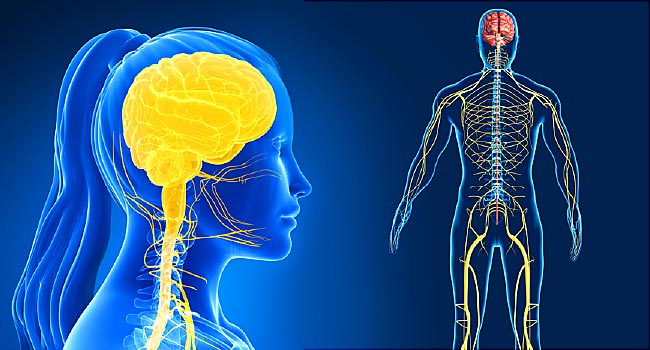 The system in the body that controls internal functions of the body and receives, interprets, and responds to stimuli. The nervous system is made up of the brain, the spinal cord, the nerves, and the sense organs, such as the eye and ear.