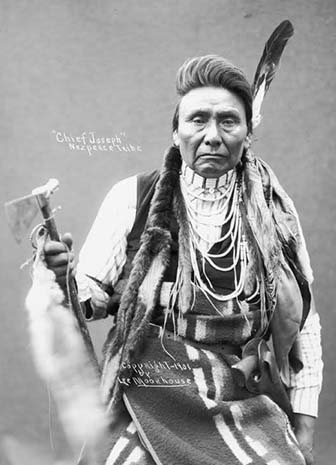 native people of Idaho and vicinity, and their language, from French Nez Percé, literally “pierced nose.” In reference to an early custom of the people of wearing shell ornaments in pierced septums.