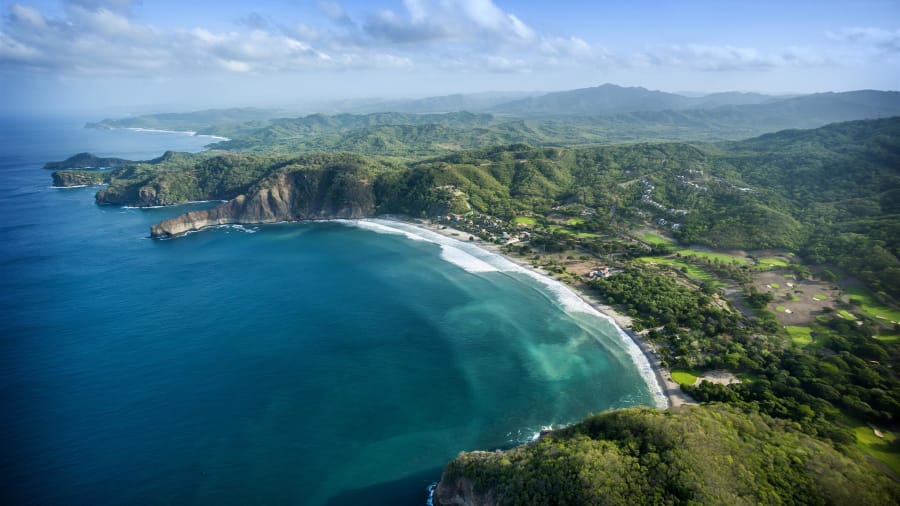 visited 1522 by Spanish conquistador Gil González Dávila, who is said to have named it for a local native chieftain, Nicarao. Related: Nicaraguan. Republic in Central America, bordered by Honduras to the northwest and north, the Caribbean Sea to the east, Costa Rica to the south, and the Pacific Ocean to the southwest. Its capital and largest city is Managua.