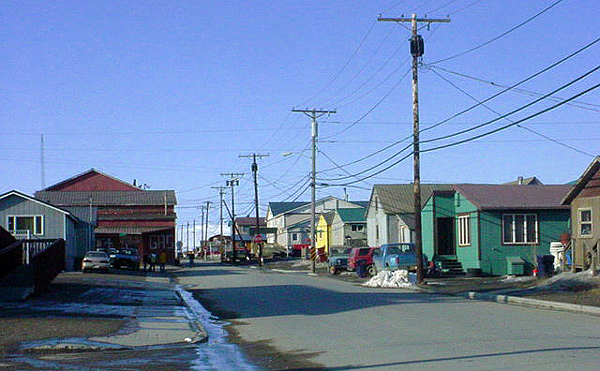 city in Alaska, founded in the 1898 gold rush and originally Anvil City after the nearby Anvil Creek, later renamed for nearby Cape Nome, which, according to one story is from a misreading of a British cartographer’s query, ?Name, written beside the peninsula on an 1849 map, and according to another is from a supposed native no-me meaning “I don’t know,” a plea of noncomprehension when asked what the name of the place was.