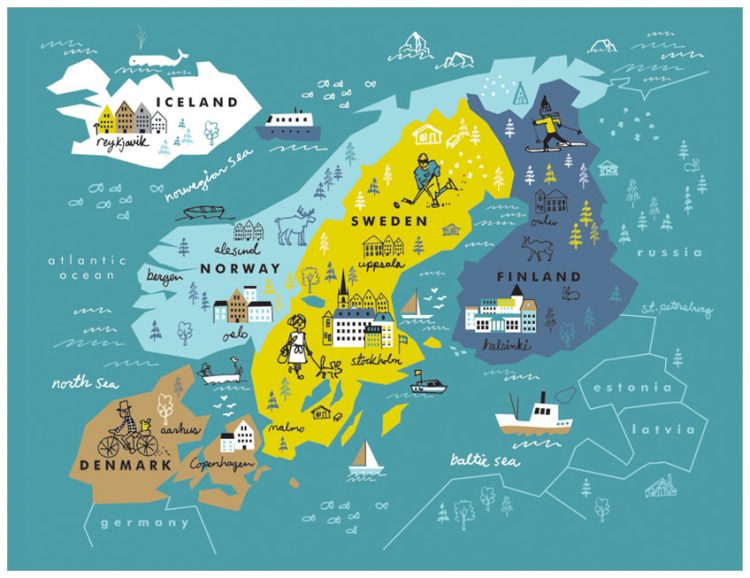 adj.1898, from French nordique (in J. Deniker’s system of race classifications), literally “of or pertaining to the north,” from nord “north” (a loan-word from Old English; see north). Perhaps influenced by German Nordisch. As a noun, from 1901. Strictly, the blond peoples who inhabit Scandinavia and the north of Britain. As a type of skiing competition, it is attested from 1954.