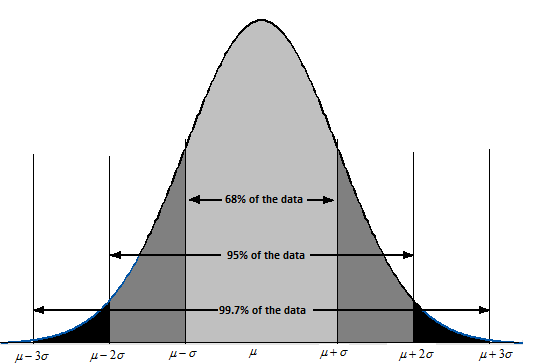 In statistics, the theoretical curve that shows how often an experiment will produce a particular result. The curve is symmetrical and bell shaped, showing that trials will usually give a result near the average, but will occasionally deviate by large amounts. The width of the “bell” indicates how much confidence one can have in the result of an experiment — the narrower the bell, the higher the confidence. This curve is also called the Gaussian curve, after the nineteenth-century German mathematician Karl Friedrich Gauss. (See statistical significance.)