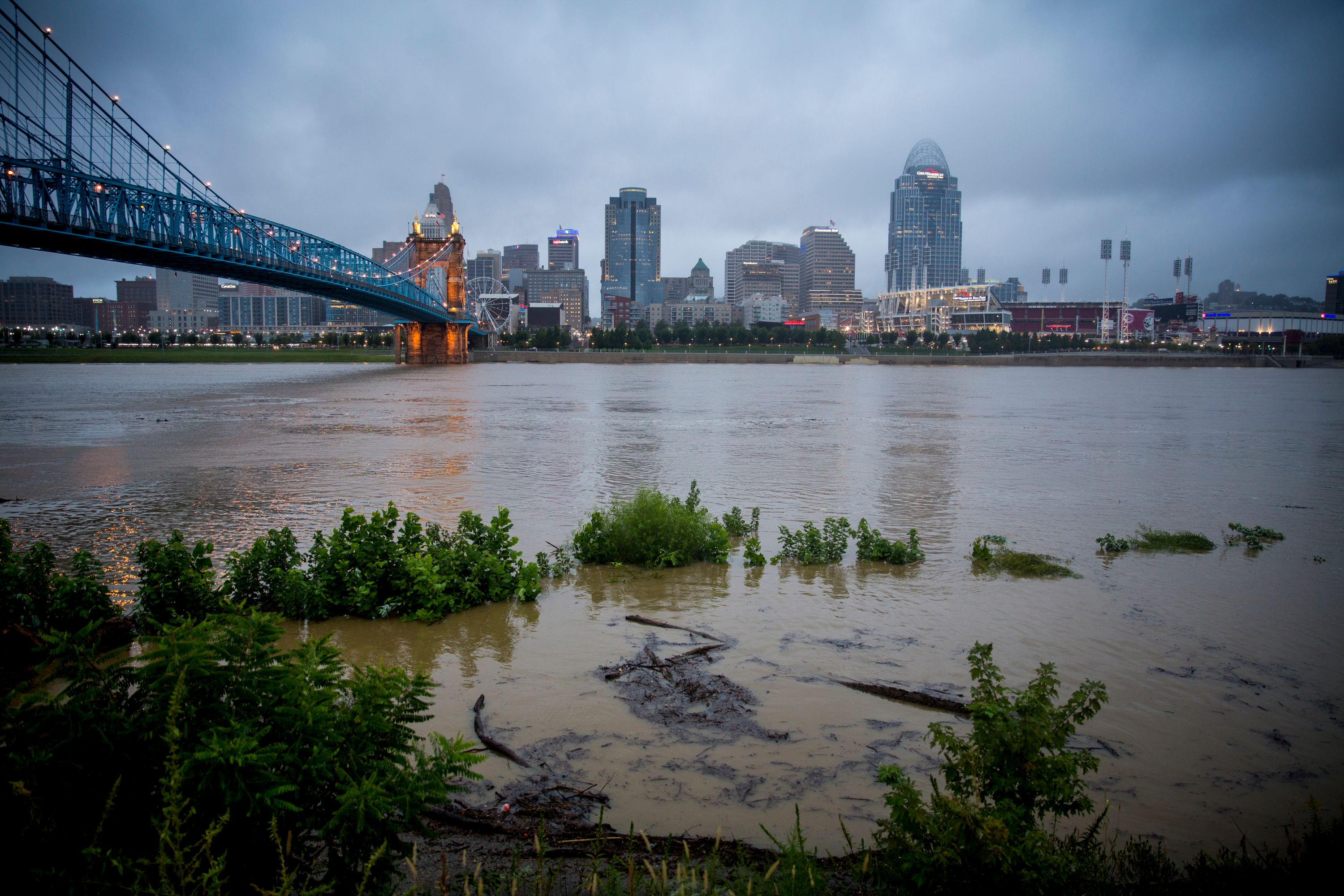 originally used of the river, from Seneca (Iroquoian) ohi:yo’, proper name from ohi:yo:h, literally “good river.” The Seneca also used this of the Allegheny, which they considered the headwaters of the Ohio. Related: Ohian (1819); Ohioan (1818). River that runs west from Pittsburgh to the Mississippi River. State in the northern United States bordered by Michigan and Lake Erie to the north, Pennsylvania and West Virginia to the east, West Virginia and Kentucky to the south, and Indiana to the west. Its capital is Columbus, and its largest city is Cleveland.