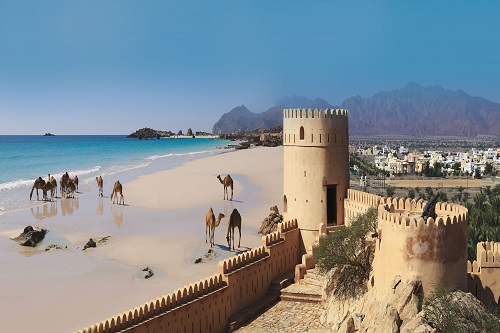 coastal nation in Arabia, supposedly named for its founder. Recorded from Roman times (Omana, in Pliny). Related: Omani. Kingdom on the southern and eastern coasts of the Arabian Peninsula on the Arabian Sea, bordered to the northwest by the United Arab Emirates, the west by Saudi Arabia, and the southwest by Yemen. Oman includes a tip of land on one side of the Strait of Hormuz at the entrance to the Persian Gulf.