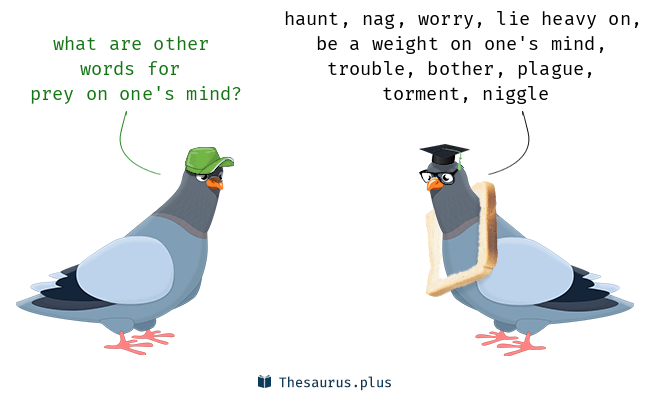 n.late 12c., from Old English gemynd “memory, remembrance, state of being remembered; thought, purpose; conscious mind, intellect, intention,” Proto-Germanic *ga-mundiz (cf. Gothic muns “thought,” munan “to think;” Old Norse minni “mind;” German Minne (archaic) “love,” originally “memory, loving memory”), from PIE root *men- “think, remember, have one’s mind aroused,” with derivatives referring to qualities of mind or states of thought (cf. Sanskrit matih “thought,” munih “sage, seer;” Greek memona “I yearn,” mania “madness,” mantis “one who divines, prophet, seer;” Latin mens “mind, understanding, reason,” memini “I remember,” mentio “remembrance;” Lithuanian mintis “thought, idea,” Old Church Slavonic mineti “to believe, think,” Russian pamjat “memory”). Meaning “mental faculty” is mid-14c. “Memory,” one of the oldest senses, now is almost obsolete except in old expressions such as bear in mind, call to mind. Mind’s eye “remembrance” is early 15c. Phrase time out of mind is attested from early 15c. To pay no mind “disregard” is recorded from 1916, American English dialect. To have half a mind to “to have one’s mind half made up to (do something)” is recorded from 1726. Mind-reading is from 1882. v.mid-14c., “to remember, take care to remember,” also “to remind,” from mind (n.). Meaning “perceive, notice” is from late 15c.; that of “to give heed to” is from 1550s; that of “be careful about” is from 1737. Sense of “object to, dislike” is from c.1600; negative use (with not) “to care for, to trouble oneself with” is attested from c.1600. Meaning “to take care of, look after” is from 1690s. Related: Minded; minding. Meiotic expression don’t mind if I do attested from 1847. n.

Also, on the brain. In one’s thoughts, preoccupying one. For example, The book prize has been on my mind, but I haven’t been able to discuss it with you. It is often put as have something on one’s mind (or the brain) meaning “be preoccupied with something,” as in I didn’t mean to be rude; I just have a lot on my mind right now, or John has nothing but girls on the brain. [Mid-1800s] In addition to the idioms beginning with mind