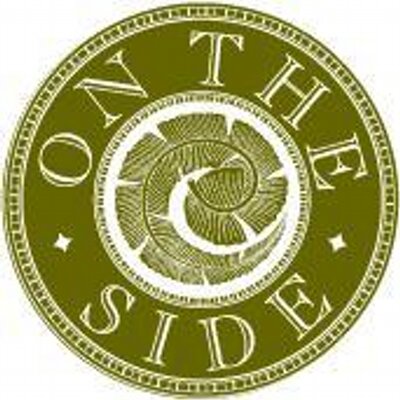 n.Old English side “flanks of a person, the long part or aspect of anything,” from Proto-Germanic *sithon (cf. Old Saxon sida, Old Norse siða, Danish side, Swedish sida, Middle Dutch side, Dutch zidje, Old High German sita, German Seite), from adjective *sithas “long” (cf. Old English sid “long, broad, spacious,” Old Norse siðr “long, hanging down”), from PIE root *se- “long, late” (see soiree). Original sense preserved in countryside. Figurative sense of “position or attitude of a person or set of persons in relation to another” (cf. choosing sides) first recorded mid-13c. Meaning “one of the parties in a transaction” is from late 14c.; sense in a sporting contest or game is from 1690s. Meaning “music on one side of a phonograph record” is first attested 1936. Phrase side by side “close together and abreast” is recorded from c.1200. Side-splitting “affecting with compulsive laughter” is attested by 1825. v.late 15c., “to cut into sides” (of meat), from side (n.). Meaning “to support one of the parties in a discussion, dispute, etc.,” is first attested 1590s, from side (n.) in the figurative sense; earlier to hold sides (late 15c.). Related: Sided; siding. adj.late 14c., from side (n.). 1In addition to the main portion of something; also, in addition to one’s regular job. For example, He ordered some French fries on the side, or She often prepared tax returns on the side. [Second half of 1800s] 2See on someone’s side; on the side of the angels. In addition to the idioms beginning with side