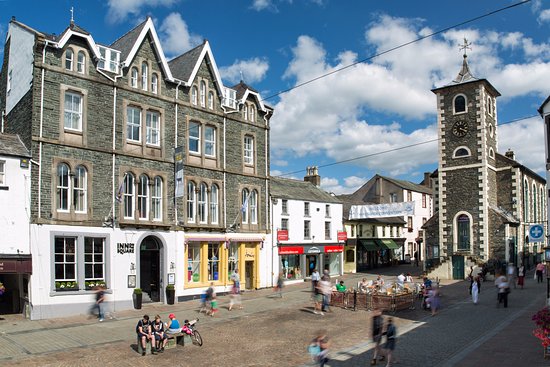 n.c.1300, “tool for measuring right angles,” from Old French esquire “a square, squareness,” from Vulgar Latin *exquadra, from *exquadrare “to square,” from Latin ex- “out” (see ex-) + quadrare “make square, set in order, complete” (see quadrant). Meaning “rectangular shape or area” is recorded by late 14c.; replaced Old English feower-scyte. Sense of “open space in a town or park” is from 1680s. The mathematical sense of “a number multiplied by itself” is first recorded 1550s. adj.c.1300, “containing four equal sides and right angles,” from square (n.). Meaning “honest, fair,” is first attested 1560s; that of “straight, direct” is from 1804. Sense of “old-fashioned” is 1944, U.S. jazz slang, said to be from shape of a conductor’s hand gestures in a regular four-beat rhythm. (Square-toes meant nearly the same thing in 1771, from a style of shoes then fallen from fashion.) Squaresville is attested from 1956. Square one “the beginning” is first recorded 1960, probably from board games; square dance first attested 1870. v.late 14c.; with reference to accounts, from 1815; see square (n.). Related: Squared; squaring. Noun

A number multiplied by itself, or raised to the second power. The square of three is nine; the square of nine is eighty-one. Honestly and openly, as in Our dealings with them have always been on the square. This expression literally means “at right angles.” Similarly the antonym out of square, literally signifying “not at right angles,” figuratively means “not in agreement” or “irregular.” For example, The lab’s report is out of square with the x-ray. The first recorded use of this term was in 1542. In addition to the idioms beginning with square