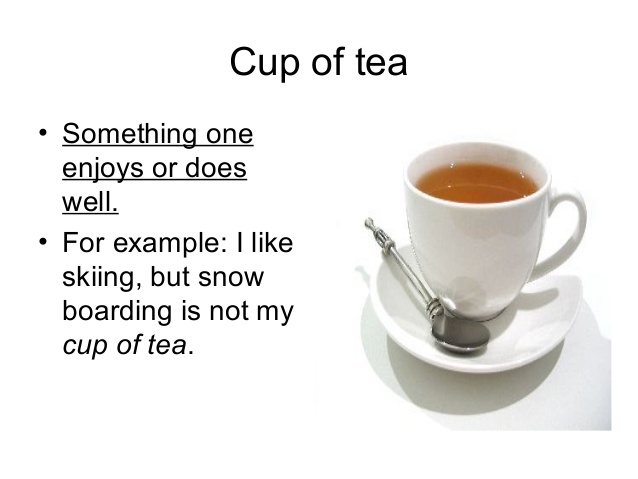 n.1650s, earlier chaa (1590s, from Portuguese cha), from Malay teh and directly from Chinese (Amoy dialect) t’e, in Mandarin ch’a. First known in Paris 1635, the practice of drinking tea was first introduced to England 1644. The distribution of the different forms of the word reflects the spread of use of the beverage. The modern English form, along with French thé, Spanish te, German Tee, etc., derive via Dutch thee from the Amoy form, reflecting the role of the Dutch as the chief importers of the leaves (through the Dutch East India Company, from 1610). The Portuguese word (attested from 1550s) came via Macao; and Russian chai, Persian cha, Greek tsai, Arabic shay, and Turkish çay all came overland from the Mandarin form. Meaning “afternoon meal at which tea is served” is from 1738. Slang meaning “marijuana” (which sometimes was brewed in hot water) is attested from 1935, felt as obsolete by late 1960s. Tea ball is from 1895. see cup of tea; not for all the tea in china; tempest in a teapot.