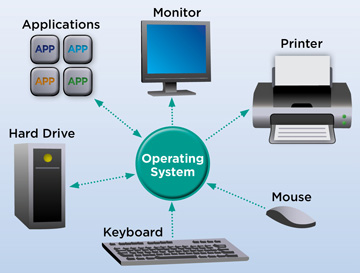 The software that allows computer users to run applications with the hardware of a specific system. Microsoft® Windows® or Apple® Computer’s OS are examples of operating systems.