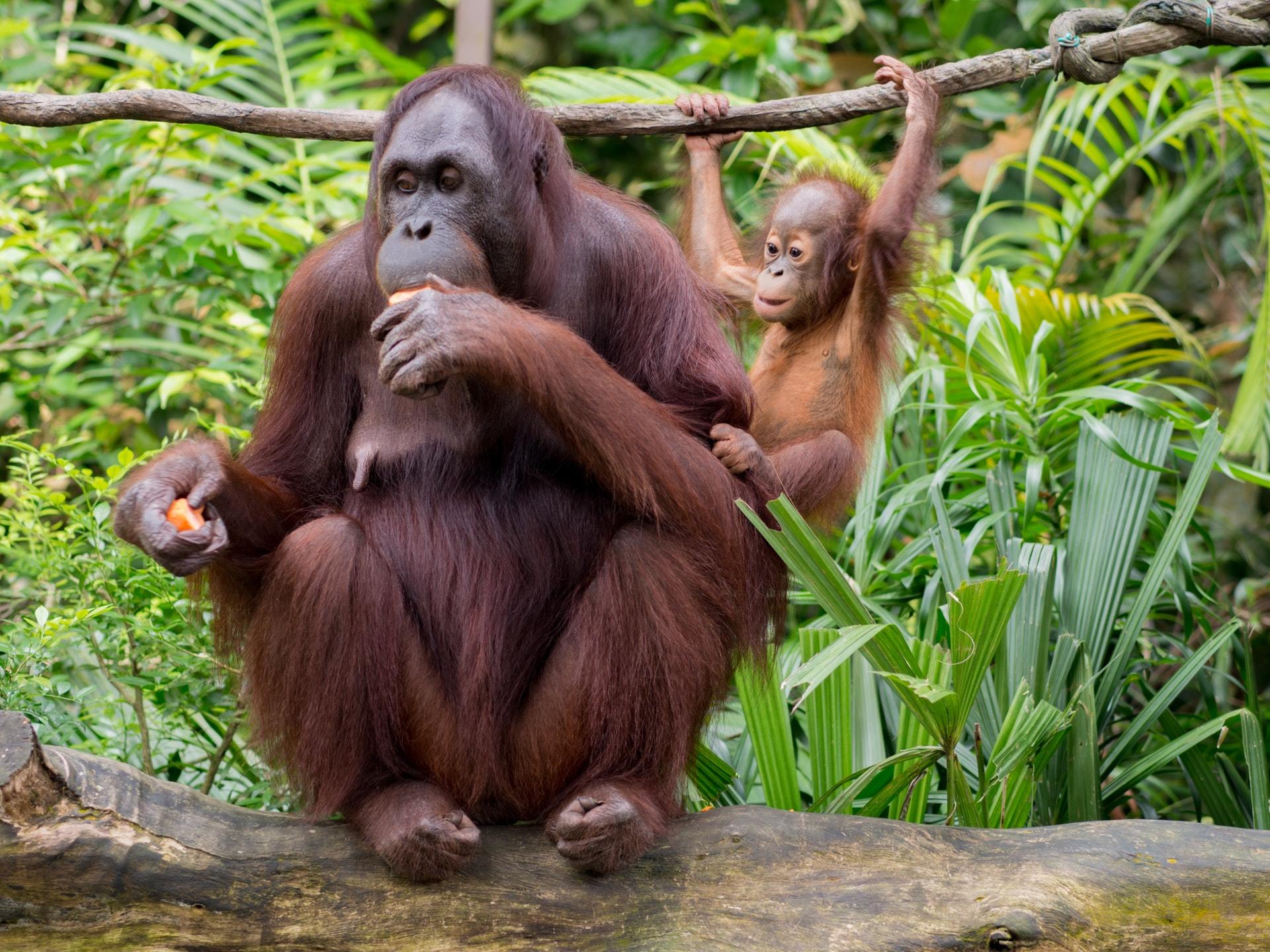 n.1690s, from Dutch orang-outang (1631), from Malay orang utan, literally “man of the woods,” from orang “man” + utan, hutan “forest, wild.” It is possible that the word originally was used by town-dwellers on Java to describe savage forest tribes of the Sunda Islands and that Europeans misunderstood it to mean the ape. The name is not now applied in Malay to the animal, but there is evidence that it was used so in 17c. [OED]