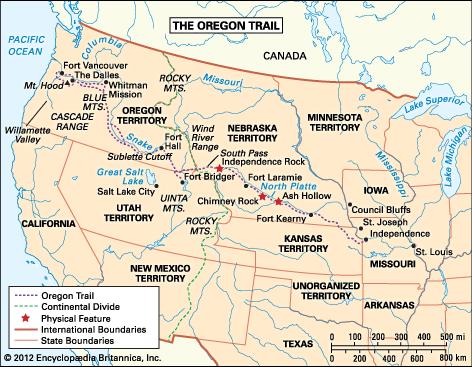 The route over which settlers traveled to Oregon in the 1840s and 1850s; trails branched off from it toward Utah and California. The Oregon Trail passed through what is now Missouri, Kansas, Nebraska, Wyoming, and Idaho.