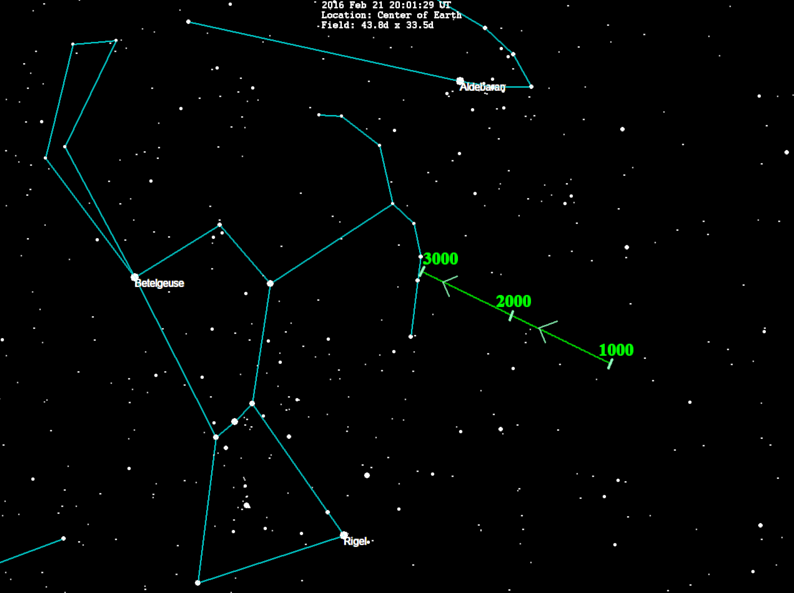 bright constellation, late 14c., from Greek Oarion, name of a giant in Greek mythology, loved by Aurora, slain by Artemis, of unknown origin, though some speculate on Akkadian Uru-anna “the Light of Heaven.” Another Greek name for the constellation was Kandaon, a title of Ares, god of war, and the star pattern is represented in many cultures as a giant (e.g. Old Irish Caomai “the Armed King,” Old Norse Orwandil, Old Saxon Ebuðrung).