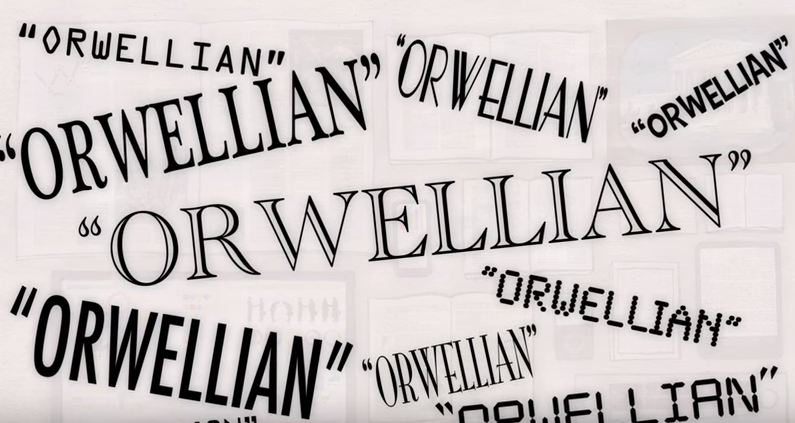 adj.1950 (first attested in Mary McCarthy), from English author George Orwell (pseudonym of Eric Blair, 1903-1950), especially in reference to his novel “Nineteen Eighty-Four.” Ironically, it has come to be used in reference to the totalitarian systems he satirized. It is as if George Orwell had conceived the nightmare instead of analyzed it, helped to create it instead of helping to dispel its euphemistic thrall. [Clive James]