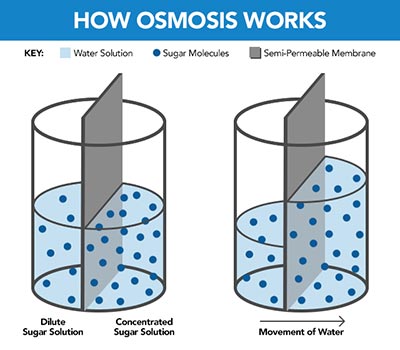 The seeping of a fluid through a seemingly solid barrier, such as a cell wall or a rubber sheet. When the concentration of the fluid is the same on both sides of the barrier, osmosis stops.