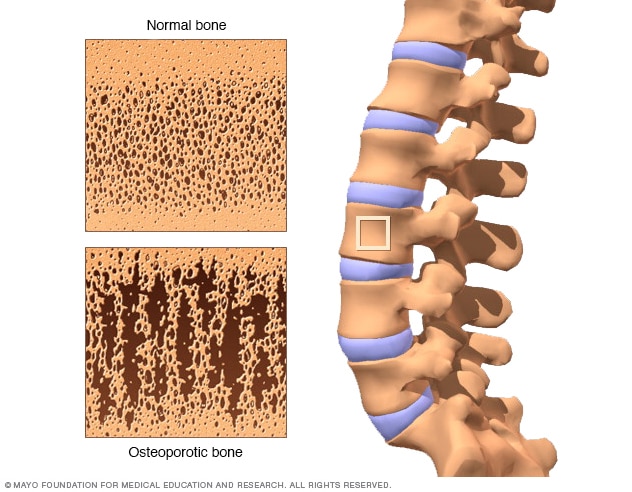 A softening of the bones that gradually increases and makes them more fragile. It is caused by the gradual loss of the mineral calcium, which helps make bones hard. Osteoporosis occurs most often in elderly women.