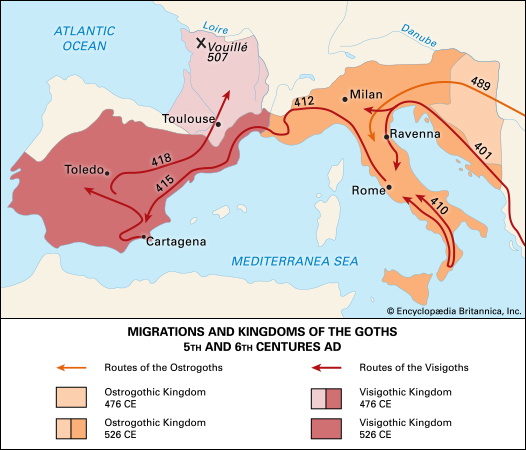 n.c.1600, one of the “East Goths,” who conquered Italy late 5c. and established, under Theodric, a kingdom there that lasted from 493 to 555 C.E., from Late Latin Ostrogothæ, from Germanic, literally “eastern Goths” from Proto-Germanic *aust(a)r- “east” (see east; for second element, see Goth; also cf. Visigoth), but according to Klein this is a folk corruption of an earlier Austrogoti, from a Germanic compound, the first element of which means “shining” or “splendid,” from Proto-Germanic *austr-, from PIE *ausr- (see aurora), which is also, via “sunrise,” the root of the Latin word for “east.”