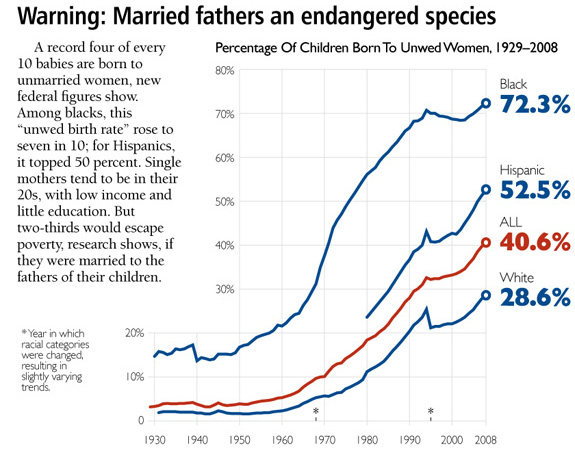 Of parents not legally married, as in Over the centuries many royal children were born out of wedlock. The noun wedlock, for the state of being married, is rarely heard today except in this phrase, first recorded in 1675; its converse, in wedlock, dates from the 1300s and is even more rarely used.