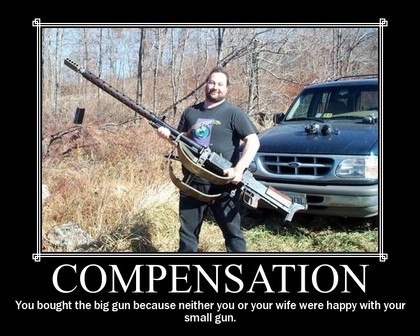 n.1917 in the psychological sense, translating German überkompensation, from over- + compensation. A term used by A. Alder to denote exaggerated striving for power in someone who has an inner sense of inferiority. n.