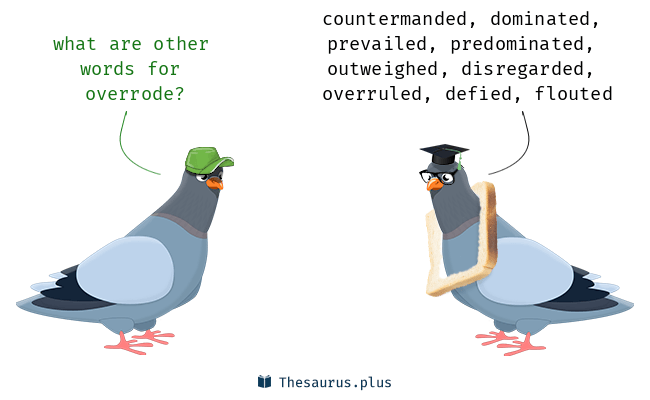 v.Old English oferridan “to ride across,” from ofer “over” (see over) + ridan “to ride” (see ride (v.)). Originally literal, of cavalry, etc. Figurative meaning “to set aside arrogantly” is from 1827. The mechanical sense “to suspend automatic operation” is attested from 1946. As a noun in this sense from 1946. Related: Overrode; overriding; overridden.