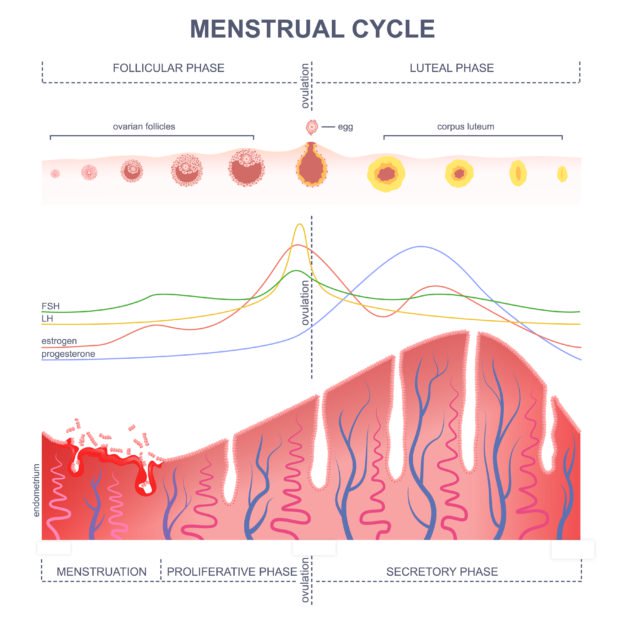 The periodic release of an ovum from the ovaries (usually from only one ovary). After the ovum is released, it travels into the fallopian tube, and from there is moved to the uterus. Ovulation generally happens approximately two weeks into the menstrual cycle.