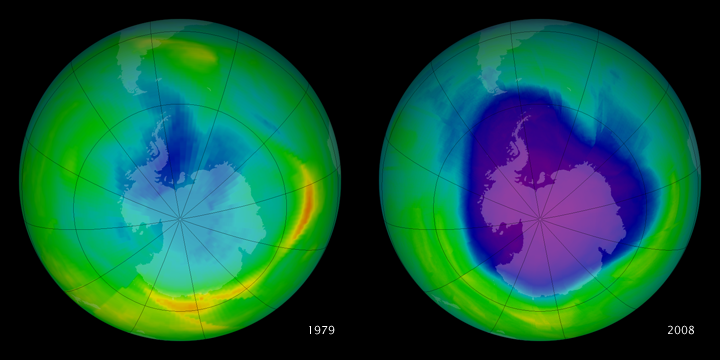 A depletion of ozone that occurs over Antarctica in the winter. The ozone returns to normal levels in the summer, and the amount of depletion varies from year to year. The hole is thought to be caused by a combination of the peculiarities of atmospheric circulation (see atmosphere) near the South Pole and chemical reactions involving chlorofluorocarbons in the atmosphere and ice crystals in clouds.