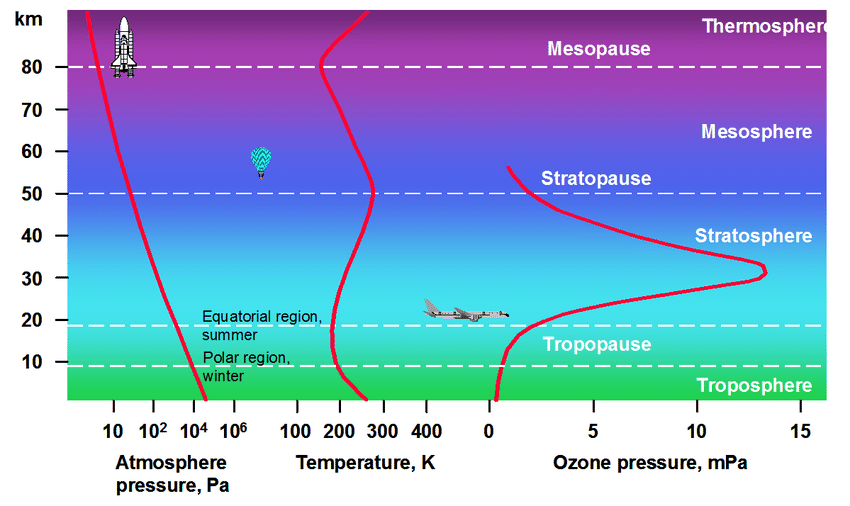 A band of ozone in the upper atmosphere. Ozone is a molecule made of three atoms of oxygen instead of the usual two.