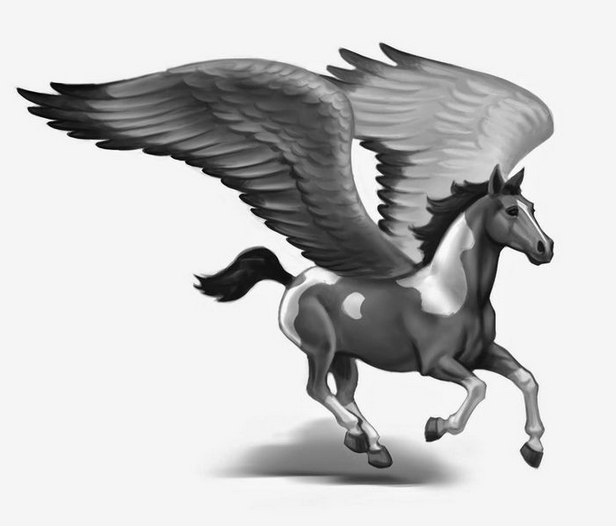 winged horse in Greek mythology, late 14c., from Latin, from Greek Pegasos, usually said to be from pege “fountain, spring; a well fed by a spring” (plural pegai), especially in “springs of Ocean,” near which Medusa was said to have been killed by Perseus (Pegasus sprang from her blood). But this may be folk etymology, and the suffix -asos suggests a pre-Greek origin [Klein].

In classical mythology, a winged horse, tamed by the hero Bellerophon with the help of a bridle given to him by Athena.