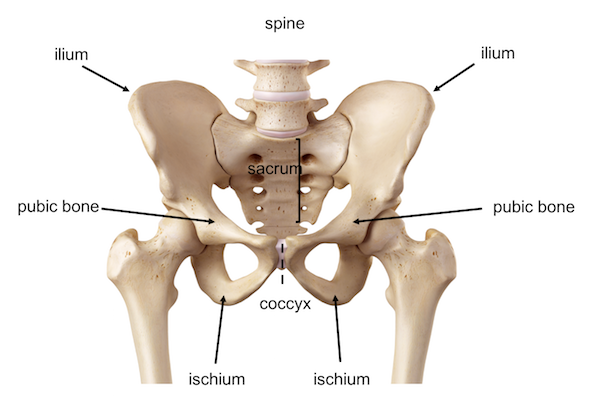 The bowl-shaped group of bones connecting the trunk of the body to the legs and supporting the spine. The pelvis includes the hip bones and the lower part of the backbone.