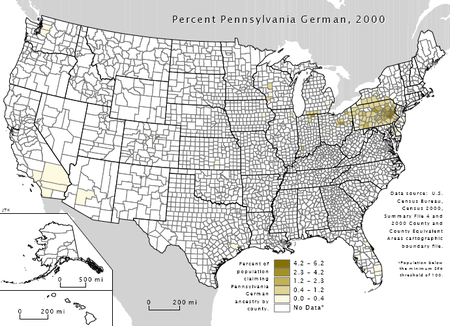 The German and Swiss settlers of Pennsylvania in the seventeenth and eighteenth centuries, and their descendants. “Dutch” is a version of the German Deutsch, meaning “German.” The Pennsylvania Dutch are known for their tidy farms and their distinctive crafts and customs. A considerable number of them belong to strict religious denominations, such as the Amish.