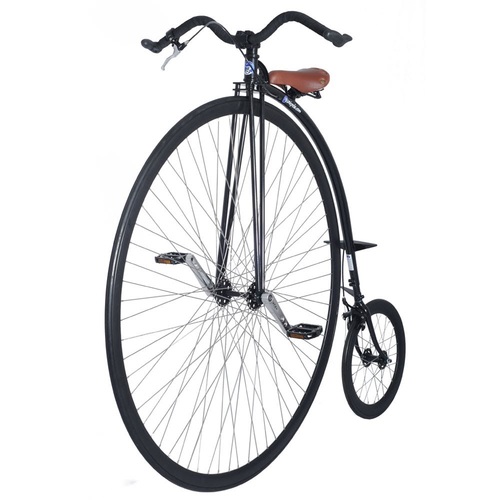 adj.also penny farthing, penny-farthing, “ineffective,” 1887, from penny + farthing, the two together making but a small sum. The noun, in reference to the kind of bicycle with a small wheel in back and a big one in front (so called from the notion of different size coins) is first recorded 1927.