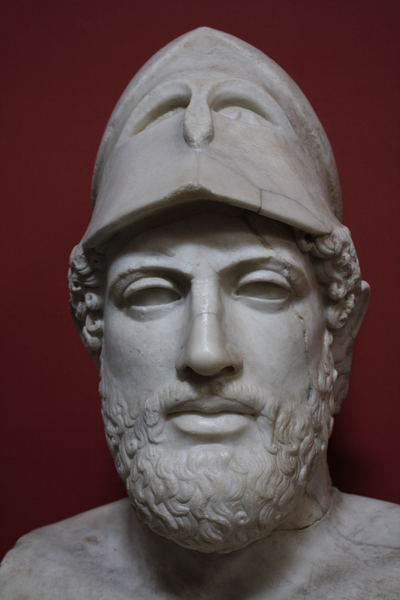 Examples from the Web for pericles Contemporary Examples of pericles

A statesman of ancient Greece, who tried to unite the country under the leadership of his own city, Athens (see also Athens). Pericles also promoted democracy within Athens. His rule is sometimes known as the Golden Age of Greece. Many magnificent buildings, including the Parthenon, were built under his administration. He led the Athenians at the beginning of the Peloponnesian War but died soon afterward.