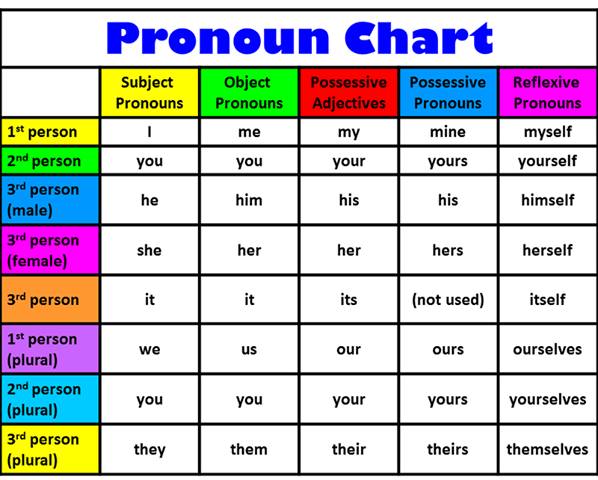 A pronoun that represents a person in a sentence. Personal pronouns have different forms depending on their case, gender, and number, as follows: