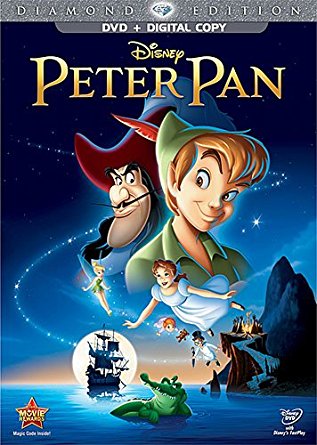 Peter Pan noun the hero of Sir James M. Barrie’s play about a boy who never grew up. (italics) the play itself (1904). Liberaldictionary.com

(1904) A play by the Scottish author James Matthew Barrie about a boy who lives in Neverland, better known as Never-Never Land, a country where no child ever grows up. Peter brings the three children of the Darling family from London to Never-Never Land; they eventually decide not to stay, but Wendy, the eldest, promises to return every spring. Peter is assisted by his guardian fairy, Tinker Bell, and in the play he defeats his enemy, the pirate Captain Hook.