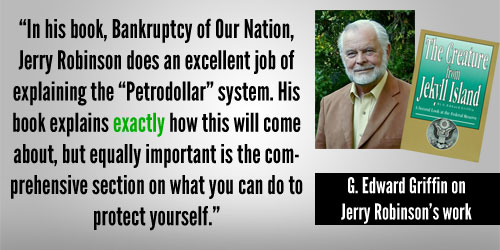 petrodollars [pe-troh-dol-erz] EXAMPLES|WORD ORIGIN plural noun surplus revenues in dollars accumulated by petroleum-exporting countries, as those of the Middle East, especially when then used for foreign loans or investments. Liberaldictionary.com

1974, “surplus of petroleum exports over imports of all other goods,” as a notational unit of currency (in reference to OPEC nations), formed in English from petro- (2) + dollar.