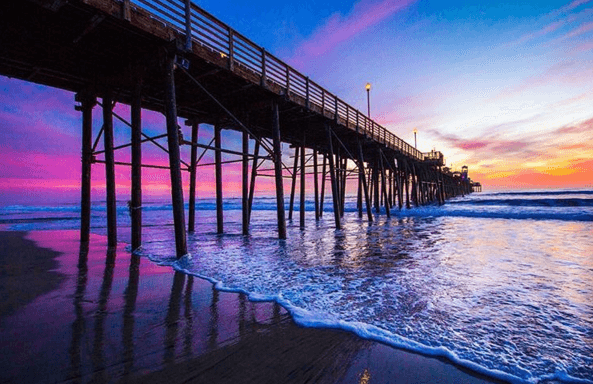 n.mid-12c., “support of a span of a bridge,” from Medieval Latin pera, of unknown origin, perhaps from Old North French pire “a breakwater,” from Vulgar Latin *petricus, from Latin petra “rock” (see petrous), but OED is against this. Meaning “solid structure in a harbor, used as a landing place for vessels,” is attested from mid-15c.