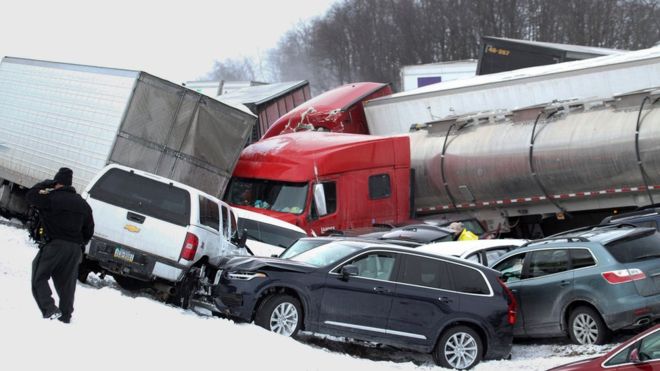 1Accumulate, as in The leaves piled up in the yard, or He piled up a huge fortune. In this idiom pile means “form a heap or mass of something.” [Mid-1800s] 2Be involved in a crash, as in When the police arrived, at least four cars had piled up. [Late 1800s] In addition to the idioms beginning with pile