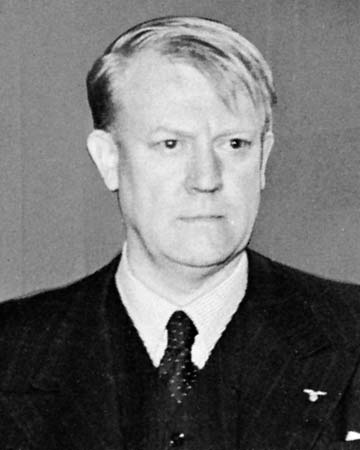 A Norwegian military officer and politician of the twentieth century. He collaborated with the Germans in their conquest of Norway in World War II; the Germans rewarded him by making him leader of the German-controlled government of the country. After the German defeat, the Norwegian government had Quisling tried for treason and executed.

Note “Quislings” are persons who betray their country through cooperation with the enemy.