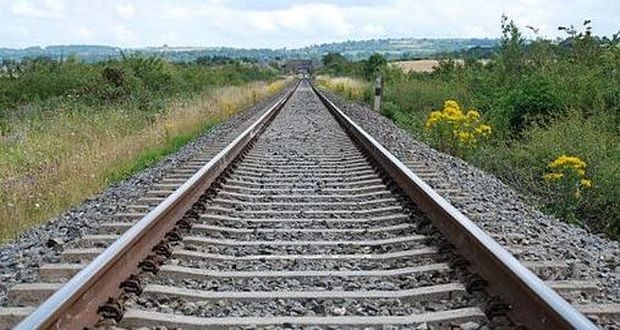 “horizontal bar passing from one post or support to another,” c.1300, from Old French reille “bolt, bar,” from Vulgar Latin *regla, from Latin regula “straight stick,” diminutive form related to regere “to straighten, guide” (see regal). Used figuratively for thinness from 1872. To be off the rails in a figurative sense is from 1848, an image from the railroads. In U.S. use, “A piece of timber, cleft, hewed, or sawed, inserted in upright posts for fencing” [Webster, 1830].

see off the rails; thin as a rail; third rail.