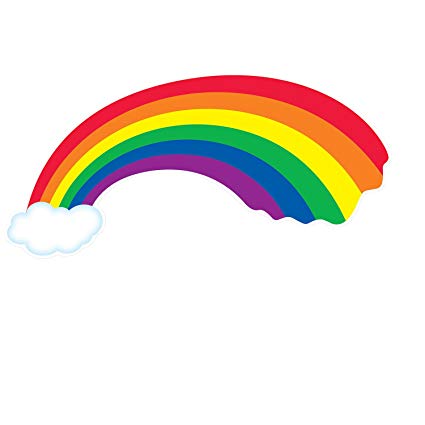 The colored arch in the sky that is often seen after a rain. The rainbow is formed when water droplets in the air cause the diffraction of sunlight.