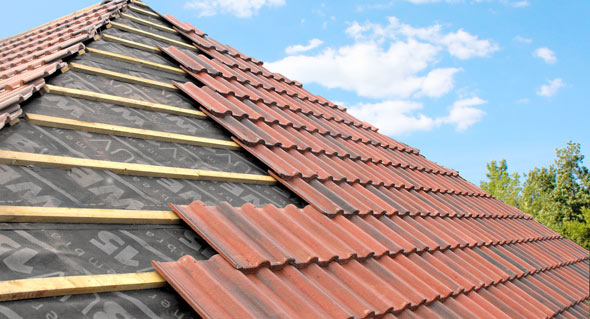 No apparent connections outside Germanic. “English alone has retained the word in a general sense, for which the other languages use forms corresponding to OE. þæc thatch” [OED]. Roof of the mouth is from late Old English. Raise the roof “create an uproar” is attested from 1860, originally in U.S. Southern dialect.

In addition to the idiom beginning with roof