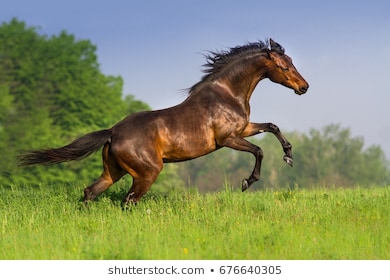 “hindmost part,” c.1600, abstracted from rerewarde “rear guard, hindmost part of an army or fleet” (mid-14c.), from Anglo-French rerewarde, Old French rieregarde, from Old French adverb riere “behind” (from Latin retro “back, behind;” see retro-) + Old French garde (see guard (n.)). Or the word may be a shortened form of arrear (see arrears).

As a euphemism for “buttocks” it is attested from 1796. Rear admiral is first attested 1580s, apparently so called from ranking “behind” an admiral proper. Rear-view (mirror) is recorded from 1926.

Old English ræran “to raise, build up, create, set on end; arouse, excite, stir up,” from Proto-Germanic *raizijanau “to raise,” causative of *risanan “to rise” (see raise (v.)). Meaning “bring into being, bring up” (as a child) is recorded from early 15c.; that of “raise up on the hind legs” is first recorded late 14c. Related: Reared; rearing.

In addition to the idioms beginning with rear